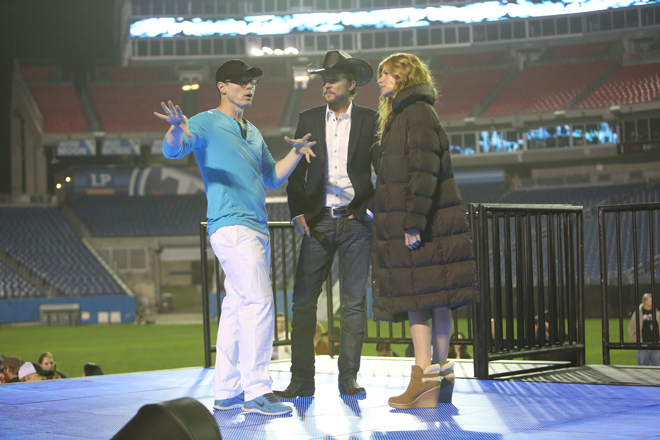 John Carrafa (Choreographer, I Want it Retro) directs and choreographs for broadway, film and television. Working across a variety of genres and styles, he is known for his attention to detail and historical accuracy and has developed a reputation for working successfully with dozens of iconic actors including Robert DeNiro, Tom Hanks and Anne Hathaway.

He received two Tony Nominations in the same year, for Into the Woods and Urinetown on Broadway. He also received an Obie Award, Lucille Lortel Award and Dora Award for Urinetown, as well as nominations for Drama Desk and Outer Critics Circle Awards for his work in the theater. He won Best Musical for his work on Academy at the Daegu International Music Theater Festival in South Korea. And he has received the two highest awards in film dance: the 2012 World Dance Award for Feature Film for Something Borrowed and the 2005 Media Choreography Honor for his work pioneering the use of motion capture technology in the film choreography for The Polar Express.